Summary
After upgrading to a new version, multiple users have experienced a problem where the game seems to be frozen and has black or distorted video output. User-installed mods seem to trigger this problem.

Removing all user-installed mod files seems to resolve the problem, but should only be considered a workaround. I think that this bug will still be experienced by users in the future due to design flaws in the game startup sequence. 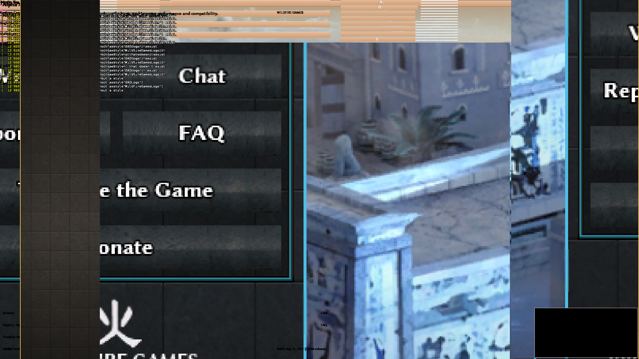 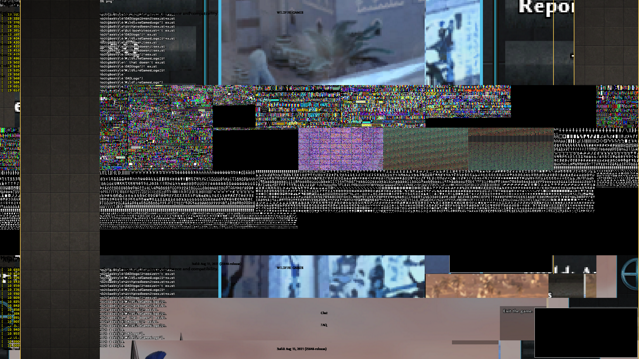 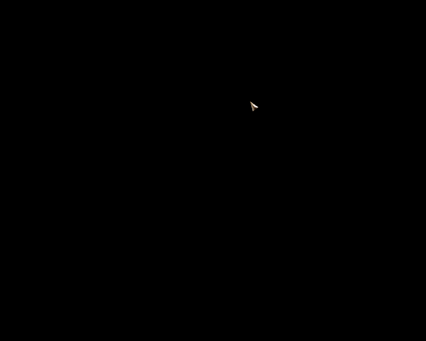 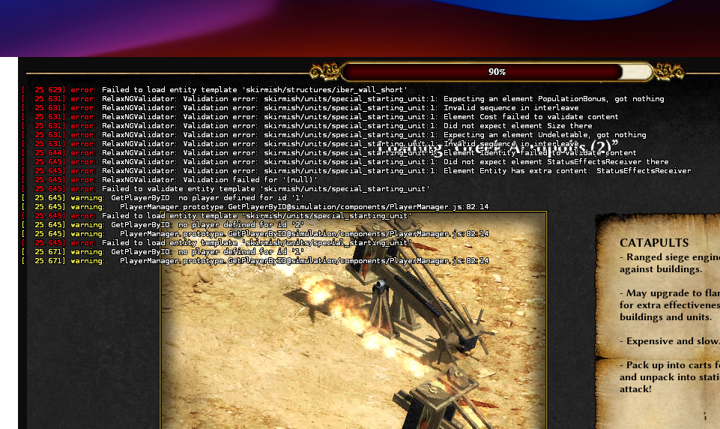 Expected vs. actual results
Expected results: The game starts up, displays the main menu and thematic artwork, and plays music. The main menu responds to mouse clicks and the game functions correctly.

Actual results: The game starts, and the game window is all black or else very garbled with strange colors and a collage of various parts of the windows on the desktop. Mouse input has no effect other than moving the 0ad-themed mouse cursor around. No audio plays, not even music, despite resetting the user configuration.

Tirili is one such user who has experienced this problem. Based on a debugging session with Tirili, the main game loop is actually running, and the game responds correctly to keyboard input such as F2 for taking a screenshot. But the game is not usable.

Note: Other files in the attached tarball are unnecessary. In fact, there are security issues with unverified mods, and I don't know whether or not Tirili avoided installing unverified mods. So, I would suggest testing with only the minimal test case of the two simple xmb files.

I have attached the entire user mods folder that Tirili sent as proof that this problem is practically occurring in a realistic user environment. Specifically, user mods were installed in the past, 0ad was upgraded and previously-invisible bugs were triggered.

Environnment
Three users have reported this problem so far, Tirili, Farid, and allalongthetower.

Console logs
See attached file, "2021-08-21 bug report from Tirili - backtrace.txt". Note that the last console log message is "TIMER| ps_lang_hotkeys: 1.00483 ms". Also note that the current source line in the backtrace is just where it happened to be at the time that I asked Tirili to press Ctrl-C in order to obtain a backtrace. The game loop is able to continue normally and calls to Render() and LimitFPS() complete. Yet the game window video output remains black (or garbled, depending on the test environment).

Related tickets
I plan to post additional tickets for the following related issues.

Symptoms on dave_k's computer - scaled down

Symptoms on dave_k's computer - scaled down

Console logs and backtrace during problem reproduction by Tirili

The issue here is that those files should really not have been written to the user mod in the first place. They are 'archived' variants of XML files, which the game _will_ attempt to load, but fail-to (because they have the wrong XMB version), and thus the game fails to load entirely, thus black screen.

My current understanding is that writing those files can only happen when enabling an A25-written mod with A24 (per the above), which seems like a rather rare behaviour.

If you are saying that A25 itself is writing those files, then we have a problem. Otherwise, I think we're going to have to backlog this until we have better ways to deal with version upgrades.

Angen said this in the #0ad IRC channel yesterday:

I think that it is a useful clue, but there are too many unknowns to call this a solved problem.

0ad still needs to handle XMB files in user/ gracefully. We continue to get reports about these symptoms.

I would add another bug: a chain of events has made the GUI easy to break and difficult for users to fix. In order to support a change in the binary format of XMB files, all cases should be handled in the source code.

Another bug: mods are marking themselves as compatible with future and past versions of 0ad. wraitii agreed that this is not a good thing especially due to the binary format change of XMB files. He seemed to agree that 0ad should disallow mods from marking any dependency on 0ad other than 0ad=[version].

Here are ideas for solutions to the bugs. I think that it's likely that there is enough time for implementing at least one of these ideas. I am listing these ideas so that the 0ad team has a wide variety of options to choose among, in addition to ideas that others propose. Some of the ideas in this list are intended as alternate ideas instead of additive ideas.

A pattern of user environment: Tirili and allalongthetower had stopped playing 0ad for extended periods of time and then attempted to upgrade. It was then that they observed the symptoms described in this ticket.

Another pattern of user environment: Tirili and allalongthetower had a delayed upgrade of 0ad. They upgraded several weeks after the release of alpha 25. Alpha 24 was working fine on their systems while they were trying to get alpha 25 working. There is a possibility that a mod was updated to a version designed for alpha 25 and enabled while alpha 24 was running.

Another pattern of user environment: Tirili and allalongthetower switched rapidly among alpha 23, alpha 24 and alpha 25 without clearing the user/ folder, config files, cache, etc. This was probably a user reaction to the fact that the 0ad game window was all black or garbled, not the cause of the symptoms. Anyway, wraitii said that it's bad for alpha 25 mods to be run by alpha 24 because the binary XMB format is not compatible.

Note that allalongthetower ran a development version and tested a pre-release version of a mod at one time. Here is an excerpt from the IRC chat log on #0ad on 2021-09-16.

Details of allalongthetowr's 0ad configuration, mods, logs, etc. are attached in the following files. A tarball of the cache files is 8 MB, so it exceeds the attachment size limit of 2 MB. I can make it available on request.

Just to state my opinion directly:

Specifically, failing to load a cached file should fail somewhat explicitly here, or not fail at all.

wraitii [...] seemed to agree that 0ad should disallow mods from marking any dependency on 0ad other than 0ad=[version].

I'm saying we should consider it, mostly the '>=' case is problematic when upgrading.

See diff for details on my proposed fix. Note that this won't fix A24, obviously.

Users sometimes ended up with bad (wrong version) XMB files in the user mod. This resulted in A25 loading a black screen.
There is a combination of unfortunate code paths that lead to this. The core issue is that:

Fixing this is rather simple: the game should never attempt to write 'archive' XMBs in that function. Added explicit barrier, which shouldn't matter performance-wise but fixes the issue by writing in the proper place, and also properly recovering in case of read failure.
I will note that the game will still try to load the archived file, and recreate it every time, but I don't think that's a particularly big deal, in general having engine-incompatible mods in the future should be harder because of A25 changes there.
(NB: users that have used both A24 and A25 should perhaps still be advised to check their user mod folder, otherwise they'll end up recreating those files forever).