As of alpha 19 only few information is displayed in the lobby about running games. It would be nice to add more details:

Sample Image from elexis to demonstrate 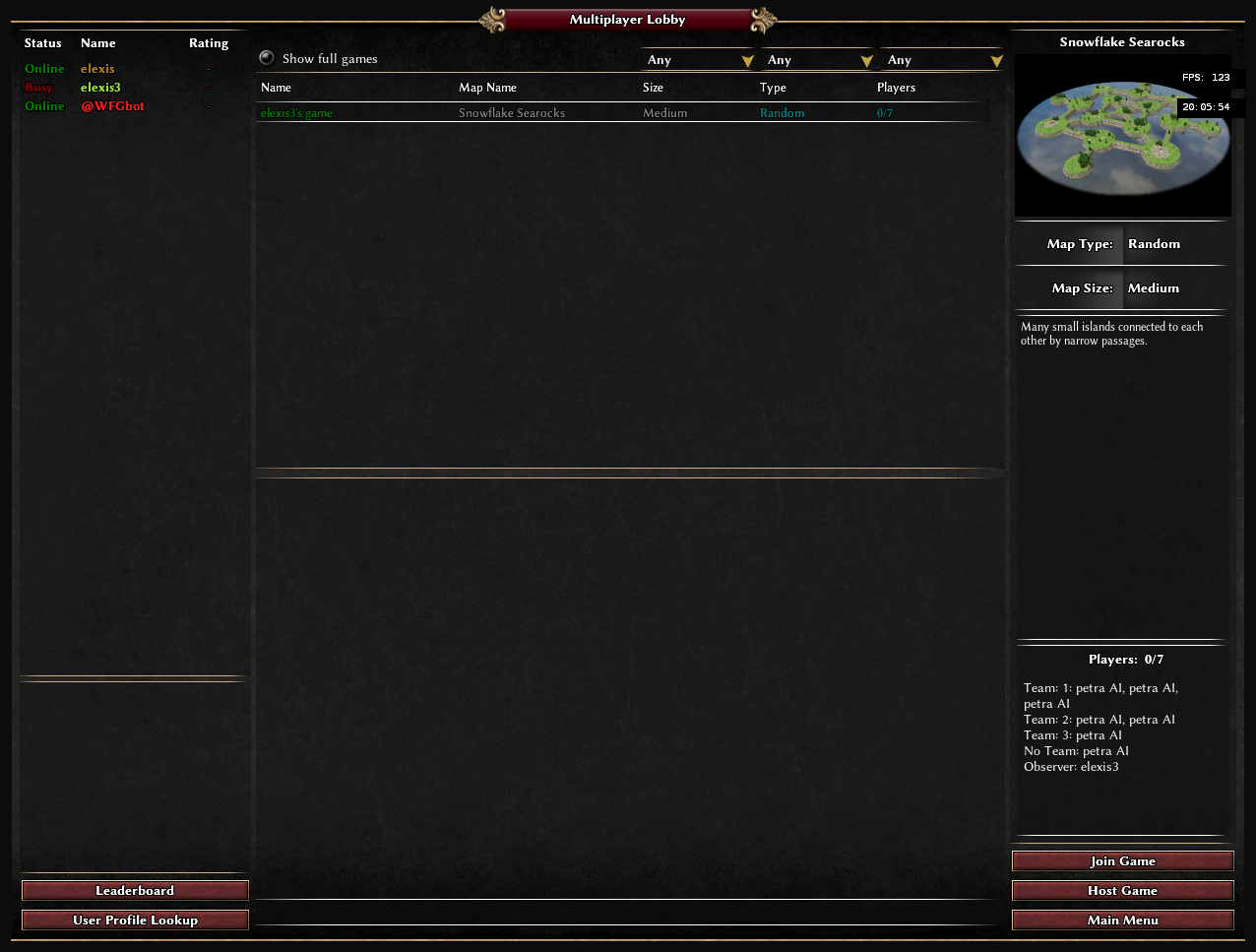 Backlogging due to lack of progress.

by elexis, 4 years ago

Add startTime to the lobby attributes

Submit and display more information about matches in the lobby. Patch by Imarok, refs #3476.

Includes team numbers, online/offline- and won/defeated state, AI type and difficulty for running games and
only the playernames with observer-player distinction in the gamesetup.
Use JSON format inside the XML stanza and minimize traffic by packing teams.

Use the observer distinction to correctly apply the "full games" trigger in the lobby, fixes #3143.

Thanks for the patch! I will leave this ticket open as the gamestart timestamp should also be sent by XpartaMupp.

Here the diff between the commit and the last patch uploaded:

Notice when having only clients observing the AIs and no players will show up as 0/N players in the lobby, but given by our definitions that seems okay.

Also mentioning that the lobby color isn't the actual ingame color, for anyone who will wonder later (not saving that data because who cares about the color and we want to minimize traffic)

I still believe it would be preferable if we didn't mix JSON and XML. That needs an implementation in the glooxwrapper and should likely be used when transfering the rated game report (instead of comma separated values).

The updated patch fixes the issue by converting to string and rounding off the unneeded microseconds (to save some bytes network traffic) and implements the clientside adaptation. Engine.GetGameList() now returns the starting time of the match and just needs to be displayed.

by elexis, 4 years ago

Don't use hardcoded numbers for resizing

Thanks Imarok and scythetwirler for your efforts implementing and debugging this!