If an entity has this trait, specified units are able to garrison (be contained) within it.

"Garrisoned" is a generic term for any entity that is being contained within another entity. This could include units garrisoned in a building, troops being transported by a ship, a Relic being carried by a Healer, or even inventory items in RPG-style mods.

Note: A garrison flag will normally appear over an entity when entities are garrisoned inside it.

Note: We don't specify a Garrison Action in this case, although the usual circumstances for Actions do apply for Garrisoning (a unit has a Garrison cursor, a Garrision GUI button, etc). Instead we assume that any entity could potentially be garrisoned ... it's a matter of whether the entity it's trying to garrison in will let it. That's what these attributes specify.

BRIEF DESCRIPTION :: The number of "garrison slots" in the entity.

Not yet implemented. The property is implemented in XML, but not used as yet.

So if an entity costs 2 Population, it also occupies 2 garrison slots when garrisoned.

An additional property, Traits.Garrison.Curr is initialised when an entity is created (almost always starting with an initial value of zero). It stores the current number of this entity's "garrison slots" which are currently occupied.

BRIEF DESCRIPTION :: A list of the entities or categories of entities that can be garrisoned in this entity.

If an entity isn't covered by this list, it can't be garrisoned in this entity.

See the Traits.Id traits for lists of valid names for this list.

If an entity has this attribute, if it suffers too much damage, all garrisoned entities will be automatically ungarrisoned. It cannot be regarrisoned until the damage is repaired past this % tolerance level (range 0..1).

If an entity has this attribute, the Traits.Health.Regen of the garrisoned entities is modified by the specified amount.

BRIEF DESCRIPTION :: List of prop points (sockets) on the actor which will be used as prop points for garrisoned entities.

If the name of a prop point (eg PropHead) from the entity's Actor attributes is listed here, then if an entity is listed in the Traits.Garrison.PropList and is garrisoned, it will appear attached to the entity at this node location.

Other than being able to move, the propped entity will retain its normal abilities (it will fire ranged attacks at opponents, take damage from attacks, and so on).

BRIEF DESCRIPTION :: List of garrisoned entities that will appear at the entity's socket (prop point) positions.

If an entity is in this list, it will appear at a Traits.Garrison.PropPoint (if one is available) when garrisoned, instead of being hidden inside the parent entity.

If it can attack from this distance, it will attack opponents in range.

BRIEF DESCRIPTION :: List of the unit types (see Traits.Id) that will automatically garrison inside this entity when its Town Bell is rung.

An entity doesn't have a Town Bell unless this attribute has a value.

Overview of the power of propping.

0 A.D. is already speced to feature an attachment system, where props can be attached to other objects (weapons in the hands of units, helmets on their heads, eyecandy on structures).

This same principle can be used to attach units to the decks of ships and buildings. We can use this to make units stand on battlements, position animals in corrals, etc.

A "prop point" is one of these predefined positions on the parent object, where a unit of a certain type will appear if garrisoned. They are also called "sockets" or "nodes".

Units on buildings in Knights of Honour.

Most entities that can be garrisoned also have a number of preplaced slots for propping garrisoned units (typically about a fifth of its garrison capacity).

* No building has intrinsic attack capabilities. They are dependent upon the ability of propped units to attack opponents.

AoM Mockup of approximate scale of ships, siege and units for 0 A.D., by Michael Hafer.

AoM Mockup of approximate scale for a 0 A.D. Trireme, by Michael Hafer. 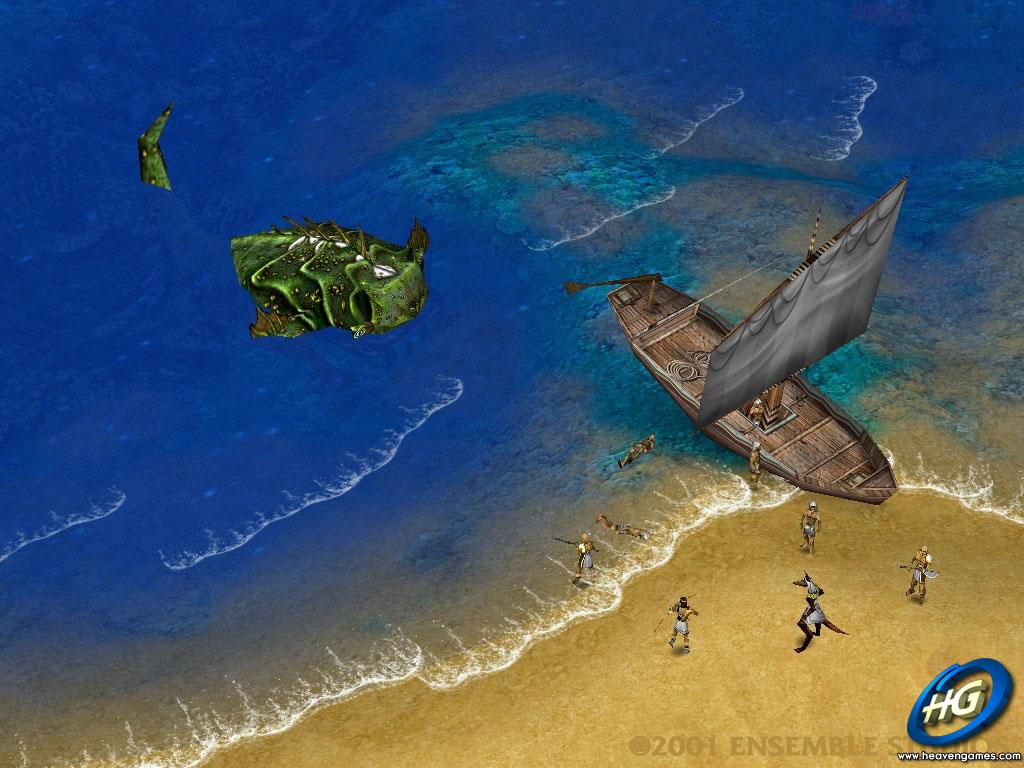 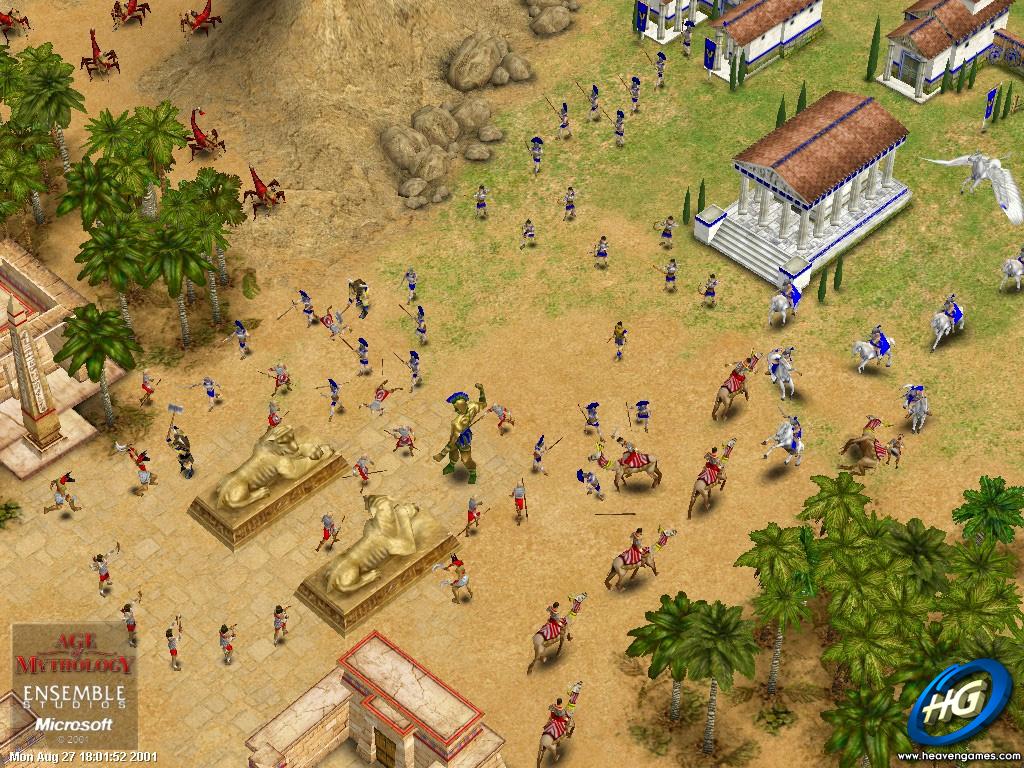 Another large ship -- note raised sail; we could do this when the ship stops moving.

Ships are basically buildings that the player can move around on bodies of water. All the standard rules for garrisoning apply. There are, however, a couple of important differences for ships:

The following have been declared technically infeasible by the Programming Department:

An extension to be added in the Expansion Pack, once Visible Garrisoning is comfortably implemented and we know the engine inside out.

In this more advanced suggestion, Ranged Infantry units can be garrisoned to Walls as with most buildings (one unit per wall segment: one Garrison slot and one Ranged Infantry Prop Point), and the above rules for garrisoning any building apply. However, with walls we are able to do one thing differently ...

Once garrisoned, the unit will appear on top of the wall and patrol along its length along a pre-defined track. Once it encounters an obstacle (Wall Tower, Gate, end of the Wall) or has travelled a certain distance, it will turn back and continue the circuit.

They'll basically act like paper targets on a firing range, moving back and forth along a track (except that they will be realistically animated and pointed in the right direction).

There will be two 'lanes' in the wall, one for left-to-right traffic, the other for right-to-left traffic. Possibly also a 'parking lane' for units that are standing still.

The walls will be quite thick, but units will still be to scale while on walls.

As with ships and buildings, units can't be selected while garrisoned on walls. If they encounter enemies on the ground while on the walls, they will stop patrolling and open fire on them.

To ungarrison units on walls, ungarrison the Wall through the GUI in the normal way and the unit will appear back on the ground adjacent to the wall.

Because Walls will soon look too damaged to be feasibly walkable, once this level of damage is reached, any garrisoned units will automatically ungarrison from the Wall.