This is a collection of links to changelogs, revisions and tickets of the first part (500–1 BC) of the free and open source game ​0 A.D., sorted by its releases. As soon as work on the second part (AD 1–500) begins, a separate site should be created and linked at this place. The list is divided by the phases of the classic ​software release life cycle.

The version number links to the release announcement with downloads, descriptions of major changes and an explanation of the codename. You can also click on the codename to get further information on Wikipedia. The release dates equal the dates of the announcements. However, the actual release dates can vary depending on OS (GNU/Linux, Windows and Mac OS). Have a look at the ​download archive for further information. Changelogs describe selected changes out of all code revisions. Currently there are no changelogs available for Alpha 19 and older releases, but you are invited to help creating them. If you are interested, please contact us on IRC. The related trac tickets which were solved by the revisions are sorted by component.

Finally, if you are further interested in the project history of 0 A.D., especially the beginnings, you really should read ​this article.

Beta phase generally begins when the software is feature complete but likely to contain a number of known or unknown bugs. Software in the beta phase will generally have many more bugs in it than completed software, as well as speed/performance issues and may still cause crashes or data loss. The focus of beta testing is reducing impacts to users, often incorporating usability testing. [ ​Wikipedia ]

The alpha phase of the release life cycle is the first phase to begin software testing [... ...]. Alpha software can be unstable and could cause crashes or data loss. Alpha software may not contain all of the features that are planned for the final version. [... ...] The alpha phase usually ends with a feature freeze, indicating that no more features will be added to the software. [ ​Wikipedia ]

Pre-alpha refers to all activities performed during the software project before testing. These activities can include requirements analysis, software design, software development, and unit testing. In typical open source development, there are several types of pre-alpha versions. Milestone versions include specific sets of functions and are released as soon as the functionality is complete. [ ​Wikipedia ]

The 0 A.D. pre-alpha versions are not playable and only meant for developers. 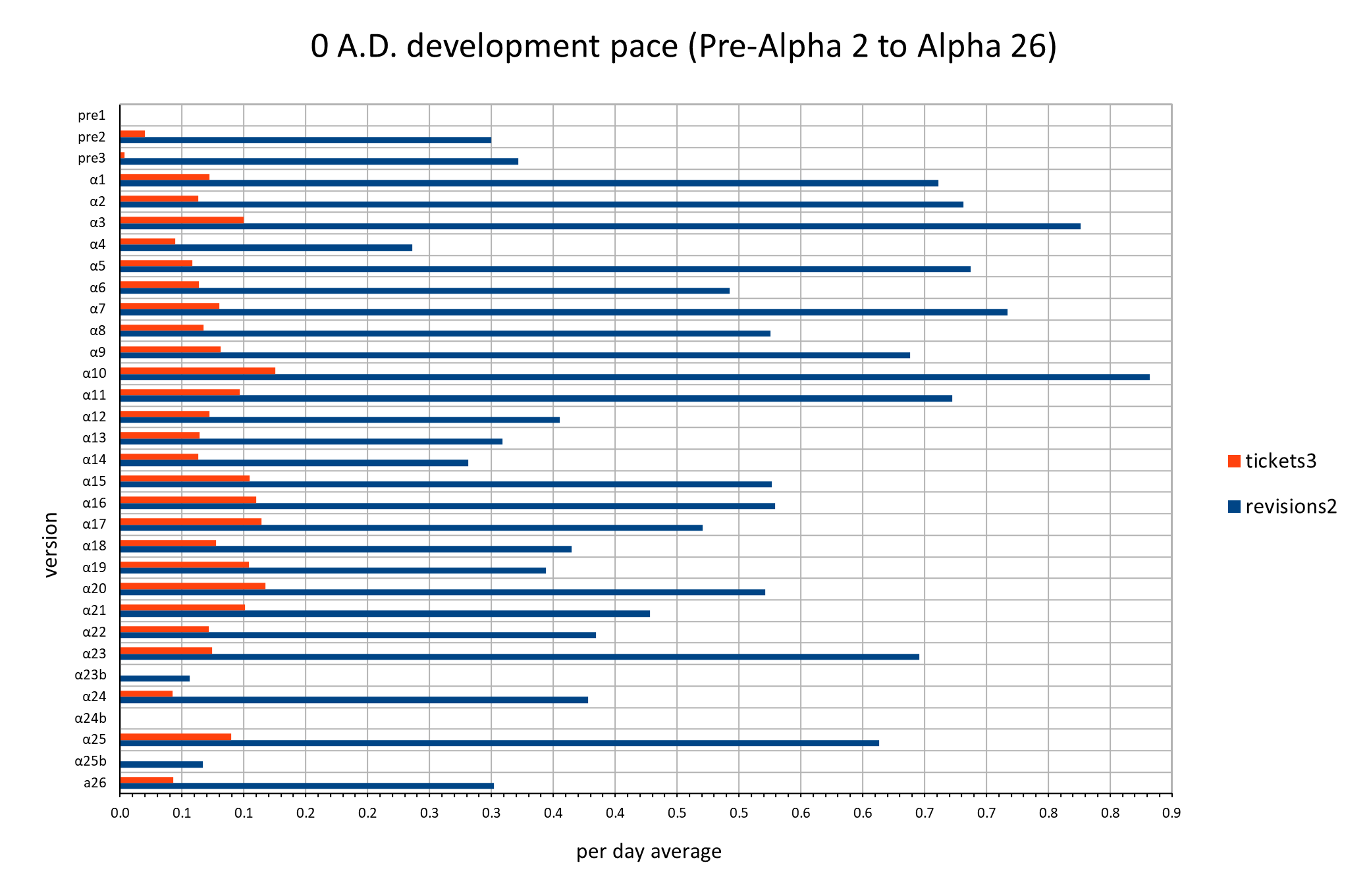 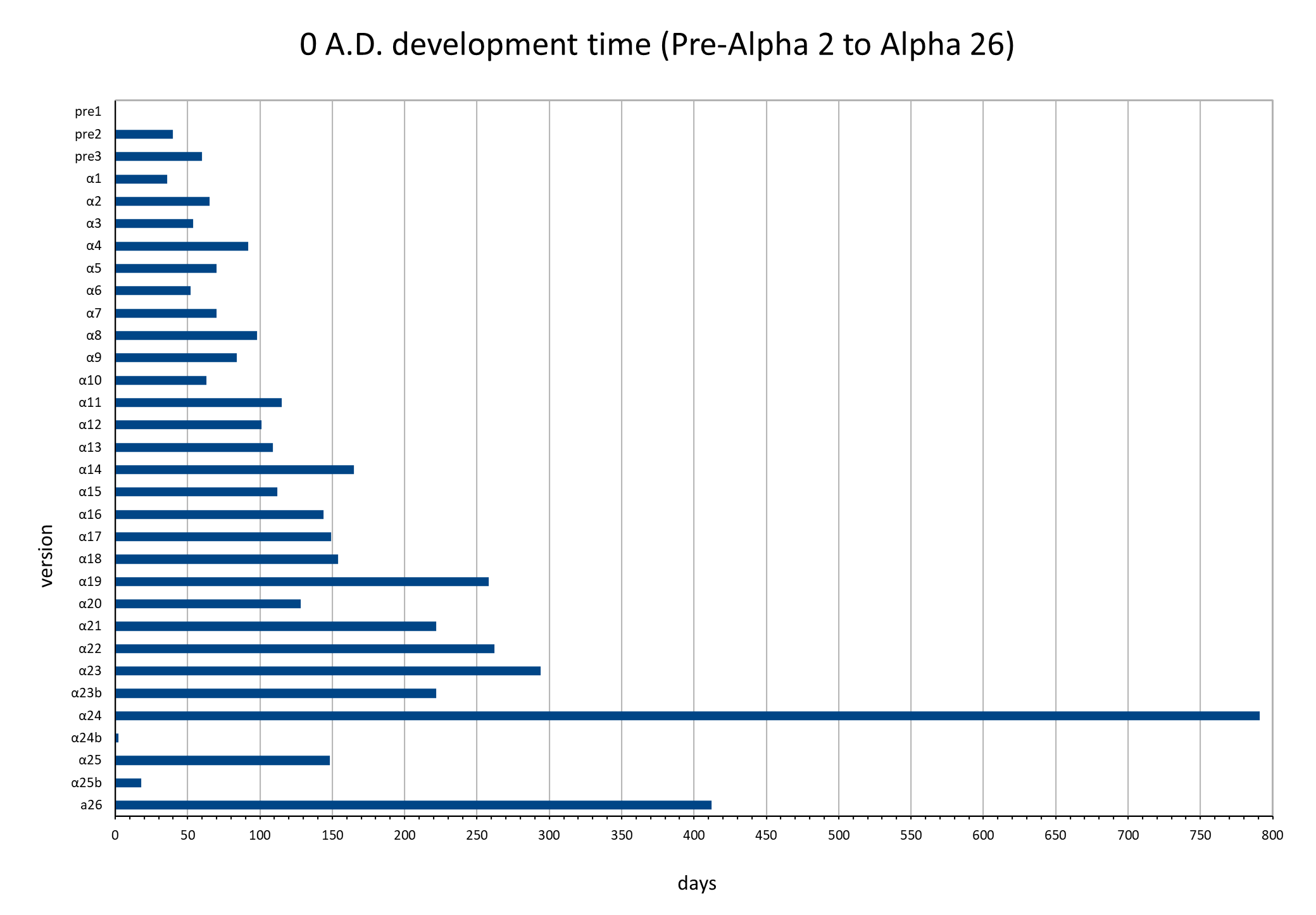